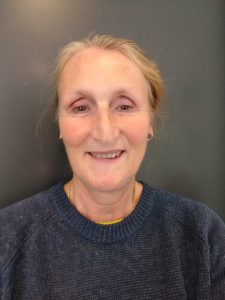 Sarah has over twenty-five years experience in both qualitative and quantitative research methods and data analysis and has been the principal researcher and consultant on many of the Unit’s studies. In addition to its commissioned work, Sarah has responsibility for the People Work Unit’s action-research programmes including shaping its current work around family engagement with, and support for, learning as a tool for tackling child poverty. Sarah is a founding director of Lles Cymru – Wellbeing Wales and its Chair and chairs its research and evaluation group. She has recently published a chapter on children, young people and wellbeing in ‘From Public Health to Wellbeing’ commissioned by Palgrave Publishing (Macmillan 2011) and recently contributed a chapter on youthwork and locality in the book ‘Journeying Together’ (eds. A Rogers and M Smith 2010. Russell House).

Since joining People and Work in 2004, Duncan has specialised in research in the fields of education, youth transitions and community regeneration, and has led high profile research and evaluation studies for the Welsh Government, Local Authorities, the Joseph Rowntree Foundation and Save the Children. This includes, for example:

Rhodri previously  worked as a researcher at Cardiff University of Wales, where he gained experience in quantitative research techniques. His first language is Welsh, and he recently completed an advanced Welsh language course at Cardiff University. He completed his MSc in Marketing at University of Glamorgan. During his eight years at the Unit Rhodri has led many evaluations for example in school based interventions in areas such STEM,  ESF projects which aim to improve employment and skills amongst disadvantaged young people, and community development projects. He has specialised skills in survey design and analysis, and analysing complex datasets. Rhodri believes in adopting simple and straightforward approaches in order to achieve effective monitoring and evaluation of projects. Rhodri also has experience in delivering training programmes in subject areas such as understanding how to use the Welsh Index of Multiple deprivation.

Heather completed her MSc in Social Research at Edinburgh University whilst working as a researcher in Social Work at the City of Edinburgh Council.  Heather then went onto work in Strategic Planning and Commissioning within Adult Social Care.  Heather has used her research skills to conduct literature reviews; conduct primary and secondary research to inform strategic planning and service development; analyse consultation responses; assist in service reviews and service development, including identifying areas for service improvement and carrying forward these improvements; provide research advice and assistance to staff and to manage research access to the Social Work Department (as it was then).  Heather worked within multi-agency teams across statutory, private and third sector agencies, as well as working with people who use services.

Before entering employment, Heather volunteered at Grassmarket Advice Centre for the Homeless (Edinburgh), Citizen’s Advice Bureau (Edinburgh) and Vancouver Co-operative Radio as a volunteer researcher and presenter on the Women’s programme (Canada).

Heather’s work history demonstrates not only an interest in social issues, social justice and addressing structural inequality and disadvantage, but also a commitment to make change for the better possible.  Heather has a wide interest in current affairs and human behaviour and in keeping informed about what is happening in society and politics.  Heather also has a personal interest in Early Years, in particular the importance of play to children (of all ages!), and in issues that affect women and girls. 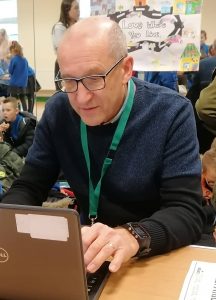 James joined People & Work in 2008 to lead the newly established place-based project in Glyncoch (a village near Pontypridd) – a whole village approach to education, employment and wellbeing in partnership with Glyncoch Community Regeneration and other agencies.

Following study in Oxford and Cardiff, James’ first job was as a Baptist Minister, working for various churches in city, rural and valley communities in Wales alongside visiting a variety of workplaces on behalf of the churches. He then worked as an Industrial Chaplain (on behalf of all the main churches), exploring the impact of changing economic and industrial trends upon local communities and individuals (and this formed the basis of his Masters research for Cardiff University).

James started freelance broadcasting for BBC Wales in 1993, becoming a full-time member of staff in TV Presentation in 1998. Whilst at BBC Wales, James became the deputy branch secretary of BECTU, the broadcast technicians’ union.

Since 2015, James has taken a lead in developing a third sector network alongside others in Rhondda (Stronger Rhondda Gryfach) and manages a variety of action research projects which focus on education, employment, training, health and wellbeing with young people (using an asset-based approach to community development). James has also led several training seminars for the third and public sectors (including work on the Welsh Index of Multiple Deprivation). He speaks Welsh (to an intermediate level) and is now a member of a multi-disciplinary evaluation team in People & Work exploring the impact of a 10-year community project in several locations in Wales.

James has recently received training in professional supervision and facilitating action learning sets. He has considerable experience of meeting facilitation, public speaking, working with the media and setting up IT.

James joined People & Work in September 2018 for a year’s placement as part of the Play It Again Sport team. His role has been made possible by the Rank Foundation’s RAP scheme (Rank Aspire Programme) which supports young leaders to develop their skills and career options whilst contributing to the work of a local community charity. James is a native of Ton Pentre, Rhondda and, after leaving Treorchy Comprehensive School, he gained a Level 3 WRU Apprenticeship in coaching. He has extensive experience in mentoring and coaching a wide range of people in rugby and life skills. His enthusiasm for and commitment to Rhondda is second to none! 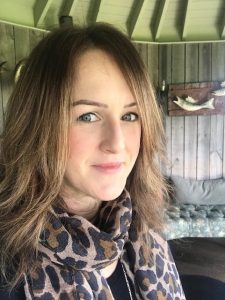 Natasha has over ten years’ experience working in the retail sector at management level and joined People and Work through National Lottery funding to develop the Play It Again Sport social enterprise.

Natasha had worked with third sector organisations in her previous employment which had facilitated a change of focus, and had prompted the co-creation of Rhondda Creative Community Group – a group striving to provide accessible arts activities for those in the Rhondda.

She has lived in the local area for fourteen years after moving to Wales to study at Swansea University.

Natasha has worked in various roles in several different retailers and has experience of managing people and stock, creating and delivering training programs alongside merchandising and driving commerciality.

Ethan’s role has been made possible by the Rank Foundation as part of the Time to Shine Leadership Programme, which helps young leaders develop their skills. Ethan has lived in the Rhondda area all his life and has been able to support the local community with Volunteering opportunities in Pentre & Treorci Ward Food Share.

Ethan is a fluent welsh speaker who is a previous student of Y.G. G Bronllwyn and Y.G. Cwm Rhondda. After Leaving school, Ethan Joined Coleg Y Cymoedd Ystrad Mynach where he joined a level 3 course in Computer, Game and website design. After completing level 3 Ethan progressed on to a foundation degree in Information Communication Technology and graduated in 2019.

Ethan is part of the world wide gaming community and enthusiastic about game memorabilia. He is passionate about all things tech and hopes to support and excite other young people in the Rhondda and Cynon with the growing digital economy in South Wales.

Justin joined us from the Job Centre’s Kick Start scheme and did so well that he has picked up a one-year role heading up Play It Again Tech – a project recycling digital equipment for community benefit in Rhondda. He has worked in a variety of jobs beforehand and would like to use his time with People & Work to develop a career in IT.

Tomas Jenkins from Ton Pentre in Rhondda joined us in October 2020 to spend a year with People & Work supported by Rank Foundation’s Aspire Programme (RAP) which supports young people to explore their future and, at the same time, to contribute to the work of a local charity. Tom is leading on the Green Light project which supports people in Rhondda into employment, education or volunteering.

Michael joined People & Work in September 2021. He has previously worked as a chef and has lived in Rhondda all his life. He is working with the Green Light and Digital projects as part of the Rank Foundation’s RAP scheme (Rank Aspire Programme).

Anthony lives in Ynyswen near the top of Rhondda Fawr. He has been working with computers for many years as a hobby and is now using his enthusiasm for all things digital to support Play It Again Tech which recycles unwanted digital kit for community use.

Caelan lives in Ystrad and has a wide experience of sport – from rugby to lacross. He is hoping to become a personal trainer and will be using his time to support the local sports delivery team in Rhondda.

Rhondda Office
Too Good To Waste